CBR 17: Summary of the First Day 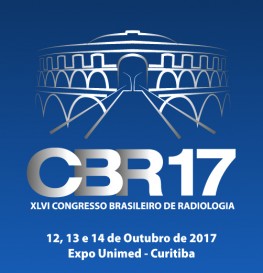 The XLVI Brazilian Congress of Radiology (CBR 17) started at an excellent level at the Expo Unimed Convention Center in Curitiba (PR). With 17 thematic rooms where, besides the opening ceremony, there were several lectures, panels and case studies within the most varied subspecialties. In some rooms, a procedural setting has also been built to give the event more interactivity.

Radiologist Dr. Gustavo Suertegaray, from Santa Maria (RS), sees the CBR as a congress more focused on the practical part. “It seems to me an extremely didactic event. The themes are more practical and we can apply a lot in everyday life, ”says the professional.

Highlighted topics on the first day include Interventional Radiology, with 12 case studies intensely debated during the first four hours of the event, among several specialists in the areas of interest. The so-called Angiogram Club had case studies that addressed several slides and demo videos, always debating other forms of audience interaction.

In the General Ultrasound room, where there was a procedure environment filmed and displayed on the auditorium screen, Dr. Fernando Linhares demonstrated liver elastography in a volunteer. The demonstration took place shortly after two speeches by doctors David Carlos Shigueoka and Marcos Roberto Gomes de Queiroz, all from São Paulo, on the same theme.

Still within the general theme of Ultrasonography, room 16 was reserved for the Courses Hands-on. The space had volunteer equipment, instructors, and patients who were examined before the eyes of observers. It was also possible for those interested to operate the machines and ask questions related to the themes in real time.

“It is an honor to attend an event like CBR, I like it a lot and I think it has more and more the space it deserves. It is one of the main congresses of the specialties of the country ”, says Dr. Wagner Iared, coordinator and instructor of CBR's first morning activities, focused on General Ultrasound.

The afternoon of the first day of the event also brought many interactive activities and, in this edition of the event, there was the premiere of the space. Workplace, an open area at the entrance of the exhibition area, where medical topics were put on the agenda. One topic was artificial intelligence, which aroused much interest from everyone passing around the corridors around space, debating the doctor's role with the ever-present entry of machines and “electronic brains” that can optimize and make more Assertive your work.

Another highlight on October 12 was the room where the Symposium of the Brazilian Society of Diagnostic and Therapeutic Neuroradiology (SNBR) - Image Assessment in Acute Ischemic Stroke (CVA) took place. In it, much of the time was devoted to practical activities about computed tomography. Those present were able to perceive not only technical aspects of the exam application, but also to share points of view, cases and draw much more informed conclusions.

This year's Breast module has a partnership with the Ibero-American Society of Breast Radiology (SIBIM), which holds simultaneously the XI Congress. One of the representatives of the international entity at the event was its current president, Dr. Melcior Sentís, from Spain, who spoke about new technologies in breast evaluation, including telemamography, as well as the role of ultrasound in the evaluation of axillary lymph nodes after trial ACOSOG Z011.

“From the Society's point of view, it is a pleasure to work with Brazil, with its continental size. We are delighted with the result and believe this is the way, with greater integration with Brazilian radiologists and new partnerships in the organization of events. The course level is excellent, and when we work together, we work better, ”says the president of SIBIM.

Dr. Emilio Cesar Zilli, Director of Professional Defense of the Brazilian Medical Association (AMB), gave the opening lecture of CBR 17, about new forms of payment and the supplementary health market in Brazil.

Among other subjects, he showed how health forms are composed in the country, spoke about the DRG (Diagnosis Related Groups) system, which, according to him, is still a model that requires discussion for AMB, and commented on the importance of the Quality. In addition, he criticized the system in general: "The situation of the Unified Health System [SUS] and supplementary health are not very different."

The Gold Medal, the highest honor given to a professional by the Brazilian College of Radiology and Diagnostic Imaging (CBR), was presented to Dr. Henrique Carrete Junior, former president of the CBR (2013-2014) and president-elect of the Inter-American College. Radiology (CIR). Very moved, he dedicated his personal and professional achievements to his parents, wife, children, and colleagues who have helped him so much throughout his history.