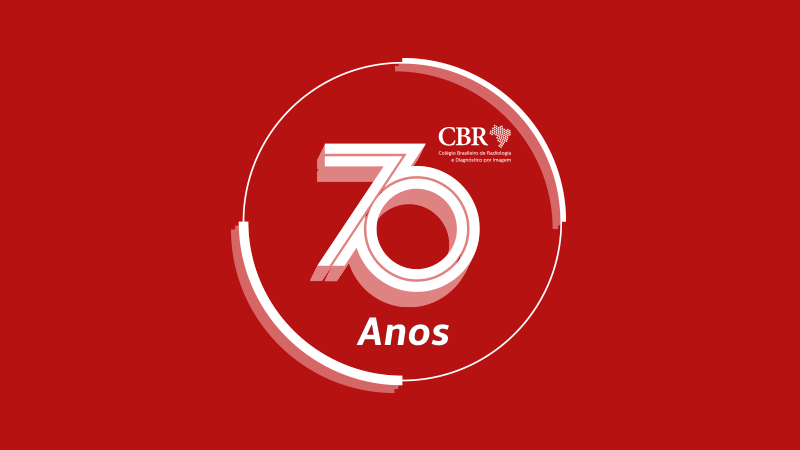 September is a time of celebration for the Brazilian College of Radiology and Diagnostic Imaging, and this year is even more special: the CBR celebrates 70 years of history!

There are seven decades of work in favor of radiologists, radiology and medicine, focusing on better assistance to the population. And it is with this same dedication that the entity continues to look to the future.

Several initiatives have been carried out so far, in particular on the College's 70th anniversary in the CBR Bulletin, with a decade being highlighted in each of this year's CBR Bulletin editions, as well as specific content throughout August in honor of the CBR on social media.

Next Friday, September 14, a Solemn Session will be held to mark the celebration of the 70th anniversary of the CBR, at the Faculty of Medicine of the University of São Paulo (SP).

The CBR commemorative year will also be in evidence during the Brazilian Congress of Radiology, which will take place exactly one month from October 11 to 13 in Rio de Janeiro. Join in!

To stay on top of all the actions in celebration of the 70th anniversary of the College, follow our social media!