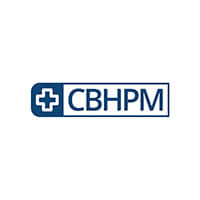 On August 4, the VII National Forum on the Brazilian Hierarchical Classification of Medical Procedures (CBHPM) was held at the headquarters of the Minas Gerais Medical Association (AMMG), in Belo Horizonte (MG).

The topics were widely discussed, and some conclusions came:

- We should thoroughly know and discuss current remuneration models before discussing new models, which should be studied, also based on new models that worked in more developed countries. Although some hospitals are already adopting some new forms of remuneration such as Diagnosis Related Groups (DRG), it is known that about 10% of services have some resistance to its application;

- We must define well what represents the minimum and ethical value of remuneration; at the time of Law 13.003 / 2014, the regularization of several contracts between providers and operators is still missing;

- The qualification, resulting from the appreciation of attention and efficiency, should have as its object the improvement of the population's care. Performance compensation should be aimed at advancing care rather than physician vigilance and punishment. Stimulating best practices reduces costs, which leads to greater system sustainability;

- The CBHPM, despite needing some adjustments, should be the flag of the medical class, because we now have a reference, the result of the work of various medical entities;

- Although operators always complain about high health costs, especially with the aging of the population, their management processes should be improved, seeking other forms of sustainability that are not, again, devaluing medical work.