CBR 17: Summary of the Second Day 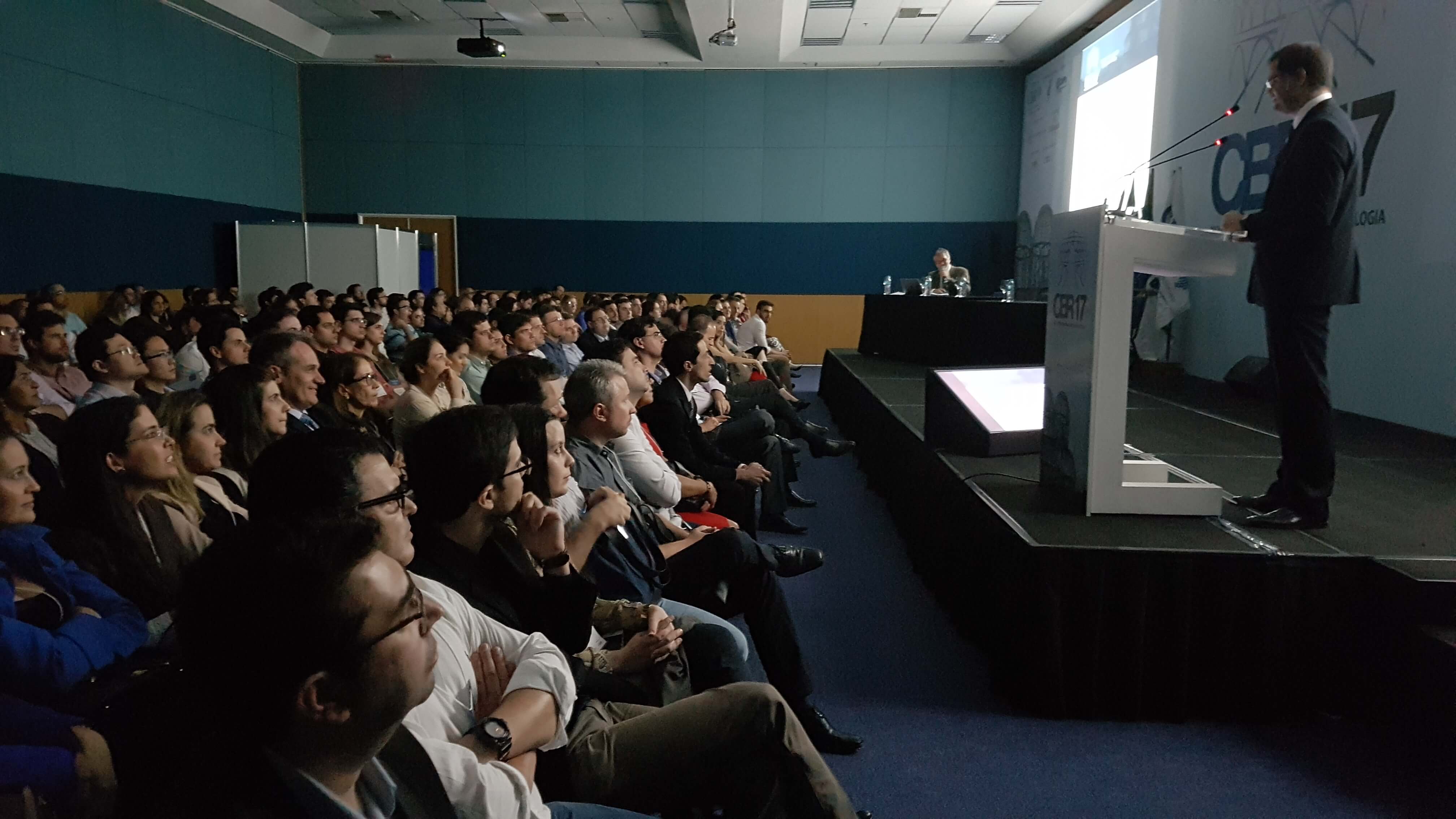 The second day of the XLVI Brazilian Congress of Radiology (CBR 17), in Curitiba (PR), was full of curiosity, didactics and technology. Since 8am, the exhibition space had a large circulation of people, and the rooms were constantly crowded. Several practical activities, lectures and discussions took place and enriched the repertoire of those present. This is the function of the CBR, to contribute to the formation and dissemination of the best medical practices through exchange, collective, practice and listening. Some highlights occurred in the rooms dedicated to Gynecology and Obstetrics, densitometry and also in the area of musculoskeletal.

In the room dedicated to practical activities, the Course Hands-on Obstetrics coordinated by Professor Dr. Sérgio Kobayashi, from São Paulo. The course concentrated two practical workshops, one of them focused on the first trimester of pregnancy and the second involving the examination of Doppler to know about the vitality of the fetus. In all, 13 instructors participated in the activities, assisting Dr. Kobayashi in his class, which began with a brief presentation prior to the practice. “We put the practice into practice and we did the very informal thing”, celebrates Sérgio Kobayashi talking to the participants of the room, which was full all the time.

The course of Bone Densitometry The room was equally crowded with subscribers to learn and improve densitometry, an examination not much discussed in the common training of the doctor, as attested by one of the teachers present, Dr. Henrique Pierotti Arantes. “The radiologist is focused on X-rays, MRI, and the bone densitometry part is not deepened,” explains the endocrinologist. Dr. José Stawinski, a radiologist from Londrina (PR) who attended the activity to update himself at his clinic that just bought a piece of equipment, congratulates the organization of the event: “The CBR is always very well structured, with great classes, very cool. ! ”Cheers up the participant.

The room of Skeletal muscle It was attended by the illustrious presence of the American professor Dr. David Rubin, an international guest who debuted this year in Congress. Dr. Rubin shared his rich experience, especially in the area of Diagnostic Imaging for high performance athletes such as soccer players, volleyball, ballerinas and Olympic athletes. A native of Saint Louis, it is impossible not to notice his satisfaction when teaching at CBR. “I suggested more than 20 different topics for my lectures and the congressional curators chose what seemed most useful to them for the event,” said the sympathetic doctor. “What I wanted to show here is not what the images show, but how these images denote a meaning that the treatment will be different,” concludes sagaciously.

The module of Gynecology and Obstetrics Ultrasound / Fetal Medicine brought a practical demonstration of ultrasound examination in pregnant women in the first trimester of pregnancy, given by Professor Mauricio Saito, who filled the auditorium.

In addition to the activities of these four modules, 13 other rooms and the exhibition space had dozens of themes present in the daily life of the radiologist and professionals from adjacent areas. And Saito congratulates the entire team and the academic council of the event for the organization, highlighting the quality of the Brazilian radiologist professional in the world. “I know almost 100% of the highly educated teachers, allowing the participant to exchange experiences with people who are at the forefront”, describes the gynecologist, who is also a reference in the area. “The Brazilian ultrasound school is strong. We are one of the leading countries in per capita ultrasound analysis worldwide, ”he says. “We have specialists everywhere,” he concludes.

THE Ordinary general Assembly brought together current members of the Brazilian College of Radiology and Diagnostic Imaging (CBR) so that they could learn about the various actions taken by the current board of directors in this first year of management, as well as hear the opinion of the audit firm and ask the directors present at the meeting. Presiding Board: Dr. Manoel de Souza Rocha, President of the College, Dr. Helio Braga, First Secretary, Dr. Rubens Schwartz, First Treasurer, and Dr. Dante Escuissato, Scientific Director.

To close the day, the largest room of the event was completely taken over for the sessions. Clinical-Radiological-Pathological Correlation (CCRP), focused on the interpretation of images. It is always a remarkable moment in the event, as all Congress activities are finalized so that the audience is concentrated in a single room. This year, the sessions were coordinated by Dr. Sergio Ajzen (SP), who invited the following doctors to discuss the cases: Ricardo Mendes Rogério (PA) - Neuroradiology; Pedro Torres (GO) - Thorax; Daniel Lahan Martins (SP) - Abdomen; and Rodrigo Oliveira Carvalho de Aguiar (PR) - Musculoskeletal.